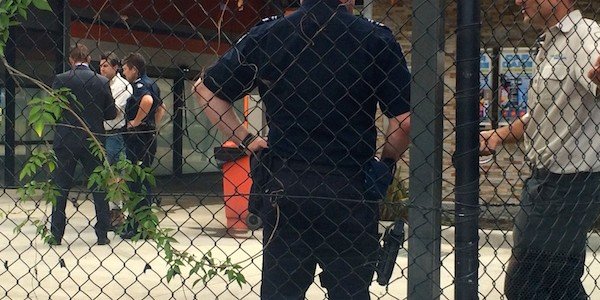 Wildlife slaughter: Roo killers could face up to two years in jail

Six kangaroos were mysteriously dumped in an industrial bin outside the carwash near Goldfields Plaza in late February.

The carwash’s manager, Samantha O’Brien, said the business had never encountered such “worrying” behaviour before.

“They dumped the kangaroos in an area where it’s built up – there’s a shopping centre next door and there are always kids and families around. It’s frightening,” Samantha said.

“People live in Warrandyte because they like native wildlife and the environment but even if somebody does view kangaroos as pests it doesn’t give them the right to basically slaughter them.”

Workers say warm weather caused the bin to develop a strong, disgusting odour, which was unsettling for those who were left to remove the kangaroos and clean the bin after the shocking discovery.

“You just don’t go to work expect- ing to see and deal with something so horrible,” Samantha said.

“It’s a slow process but we’re reviewing the footage carefully with the hope that police will be able to identify whoever did this.”

Warrandyte Police senior constable Daniel Logan said the carcasses were so badly decomposed that police couldn’t determine how the kangaroos had been killed.

He said half of the kangaroos found were juveniles.

“This is a really nice area, this sort of activity is very disturbing and we’re very anxious to catch the people or the person doing this,” he said.

“We have to assume that it’s someone around this area, because you wouldn’t really travel long distances in a car with several dead kangaroos.”

Just one day after the five kangaroos were dumped in the industrial bin at the carwash, a council worker discovered the headless body of an adult female kangaroo on Brysons Rd, Wonga Park.

“The council worker who saw the kangaroo said it wasn’t an animal – animals tear and rip,” senior constable Logan said.

“A clean and sharp object had removed the kangaroo’s head.”

These recent incidents come after two kangaroos were shot in the head and neck with arrows in Templestowe in recent times.

Police are investigating whether the deaths are connected, with senior constable Logan saying it’s possible someone chopped off the kangaroo’s head to disguise the fact that it had been injured with an arrow.

Kangaroos are protected under the Wildlife Act 1975.

Anyone found guilty of killing or seriously disabling protected wildlife faces a possible jail sentence of up to two years.

News of the dumped bodies has spread on social media, with Diary readers labelling the incidents as “disgusting” and “horrible”.

Wildlife Victoria CEO Karen Masson was “sickened” to hear the reports about the kangaroos.

“We have an amazing team of volunteers who work extremely hard to assist sick and injured kangaroos reported to our Emergency Response Service every day, so it’s heartbreaking to hear that someone in the community would treat native wildlife in such an horrific manner,” Ms Masson said.

“We sincerely hope the culprits are found and held accountable.”

Police have urged residents to be aware of suspicious activity around Warrandyte and the state parks.

The Warrandyte Diary will keep readers updated through our website.