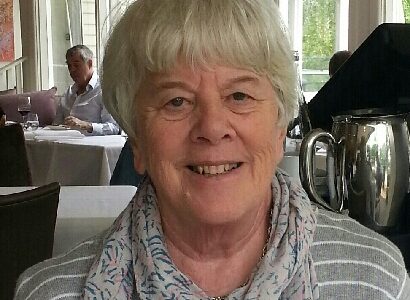 CONGRATULATIONS to Val Polley, doyen of the Warrandyte community, who has been named in this year’s Queen’s Birthday Honours.

Awarded an Honorary OAM for her “services to the Warrandyte Community”, which recognises her tireless work over a period of almost 50 years.

“I have to say it came as a complete surprise and I’m touched that others have thought me worthy of it,” Val told the Diary.

President of the Warrandyte Community Association, Dick Davies, told the Diary: “While many, many personalities and identities contribute greatly to the Warrandyte Community, it is hard to match Val’s long-term dedication as a planner, environmentalist, historical society stalwart, former Councillor and Mayor, and one of the founders of the WCA.

“Two major themes underpin her commitment: concern for residents and concern for the environment,” he said.

Val said her participation in community affairs started early when she was drawn in by local activist Joy Henke back in the late 1960s.

“It started with environmental issues and with groups such as the Warrandyte Environment League and Friends of Warrandyte State Park,” she said.

From 1976–78 she was a founding member and president of Doncaster and Templestowe Spinners and Weavers Group.

In the late 90s she was an OXFAM community support group member, as well as director/secretary of the Warrandyte Community Centre Supporters Group Inc., which managed the property on behalf of the Council.

Since 2001 she has been a member of the Warrandyte Community Association, where she was a Committee member from 2004–7 and president in 2006.

She also found time in 2003–4 to be a founding director of the Warrandyte Community Bank.

Val campaigned for many years, for the “Creekside” retirement complex.

In the past, because of the local terrain, elderly residents had been obliged to leave their homes and friends in the local community for more manageable properties elsewhere.

The project was first mooted in 1987, and she made it a central theme of her successful campaign to be a Doncaster and Templestowe Councillor.

“The fact that it took another 20 years before realisation is testament to Val’s early commitment and resolution to further community benefits,” said Dick.

Val continues to work for the cooperative to search for appropriate land for further residences.

Val has long been involved with Local Council activities.

Val was elected as a councillor to the City of Doncaster and Templestowe Council, serving from 1989–94, and as Mayor from 1991–92.

As a councillor with residential and environmental interests at heart, she supported strategic planning for heritage properties and open space, roadsides, and residential and commercial centres complemented by rate reductions.

She opposed dual occupancy, which would have increased housing density in a major bushfire prone area.

Val chaired a study on the heritage of the Old Warrandyte Post Office building; which was eventually restored and now houses the Warrandyte Historical Society.

She was involved in long-term planning for the Warrandyte Township and served on the Middle Yarra Advisory Committee, helping to save Green Wedge land in Park Orchards and Warrandyte, now enjoyed as part of the ‘lungs’ of the eastern suburbs.

Val also served on a Plant Pest Advisory Committee to safeguard the local environment and State Park from invasive weeds.

Val is currently Secretary of the Warrandyte Historical Society and has been an archivist and occasional committee member since 2005.

She has been instrumental over the past five years in the strategic direction, planning and procedures of the Society.

“She liaises with numerous external bodies and people, develops outstanding exhibitions, keeps history alive with articles in the Warrandyte Diary — she is truly a driving force behind the Society,” said Dick.

Val recently celebrated the Warrandyte Community as author of Wonderful Warrandyte – A History.

From 1987–88, Val was chief-of-staff of the Warrandyte Diary, and she continues to be an occasional feature writer celebrating local life, history and local identities.

Given that during this period Val had full time senior management employment and a family to bring up, it is difficult to appreciate how she found the time to contribute so much.

“She continues to do so, effectively and with such good grace and general approbation, that she is a role model for effective liaison between Government and our local community,” said Dick.

Val says she feels “privileged to live in Warrandyte… and to be part of such an inclusive, vibrant community.

“My involvement across various issues and organisations in the township has always led to friendships, new skills and a sense of satisfaction in putting something back.

“Looking back, it’s been such a rewarding journey with great people and good outcomes along the way.

“How lucky are we in Warrandyte?,” she said.

“Without such people, with the personality and skills to make things happen, well-meaning local initiatives are ineffective,” said Dick.

Val was granted an “honorary” award because she is not an Australian citizen.