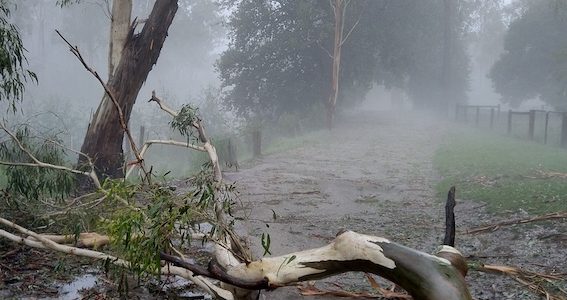 This motion brings Manningham Council in line with more than 1,000 councils across the planet, and over 85 councils in Australia who have been declaring climate emergencies since early 2019.

The global political movement to recognise the threat of climate change and take action against it began in April 2019 with Scotland and Wales becoming the first countries to declare a climate emergency.

During the January 28 OCM, Councillor Mike Zafiropoulous tabled Notice of Motion 1/2020 and outlined the need for this action.

“As councillors we have a responsibility, not only to address the local concerns of residents through core issues such as waste collection, planning permits, road maintenance, et cetera — but also broader issues such as the climate emergency we are facing,” he said.

Later, Cr Zafiropoulous went on to talk about the evidence.

“The scientific evidence on this issue is overwhelming and the consequence of no action is catastrophic, not only for Manningham, but for the whole planet.”

“Without climate change, Warrandyte is already in the most prone, most at risk areas in terms of population, terrain and fuel, in the world.

“So it would be ignorant of us to basically put our heads in the sand and not acknowledge that we can do more and that we will do more in the years to come.”

An amended motion, introduced by Cr Sophy Galbally, to add the words “climate emergency” specifically to the clauses of the motion being discussed, triggered a 30-minute debate into the definition of the words “serious” and “emergency”, highlighting concerns surrounding the bureaucratic implications of the use of the word “emergency”.

In his closing remarks, Cr Zafiropoulous spoke about the popularity and symbolic nature of the term “Climate Emergency” and the importance of Council to follow a global trend.

“…to be consistent with other organisations initiating such action, I think it is much better to use the term Climate Emergency in the motion… I think it strengthens the motion if we include it there.”

In attendance at the OCM were representatives of WarrandyteCAN who have been lobbying Manningham Council on the issue since August 2019.

In late September, members of WarrandyteCAN met with the then Mayor, Councillor Paula Piccinini and Mannigham Council CEO Andrew Day to discuss the issue, following the matter up with letters to other councillors in support of a climate emergency declaration and implementation of a structured emergency action plan.

Subsequently, WarrandyteCAN had a meeting with Cr. Zafiropoulos.

“WarrandyteCAN is very grateful for having been given the opportunity to present our case to the Council, and we highly commend the Councillors for passing this landmark resolution,” said WarrandyteCAN President, Jeff Cranston.

The passing of Notice of Motion 1/2020 not only means Mannigham recognises the threat of climate change to the municipality but empowers council to prepare a response in its 2020 Environment Report by including a Climate Emergency Response Plan.