A FIRE has gutted a house in Brackenbury Street in Warrandyte today as more than seven CFA trucks attend the blaze.

Firefighters are at the scene containing the fire, which is only a few hundred metres away from Yarra Street, Warrandyte’s busy main strip. At this stage it is unknown what caused the fire and it is believed the house had no people present.

Neighbours called 000 after smelling smoke today at about 1.30pm. Resident Cassie Jones told the Diary she could smell smoke for about half an hour before taking a look around the area to see where it was coming from.

“The CFA trucks were here within minutes,” she told the Diary. “That same house only had a chimney fire that did some damage just a few years ago as well.”

It is believed the house is in ruins with fire coming through the side walls and rooftop with large amounts of smoke billowing out and across the eastern suburb. 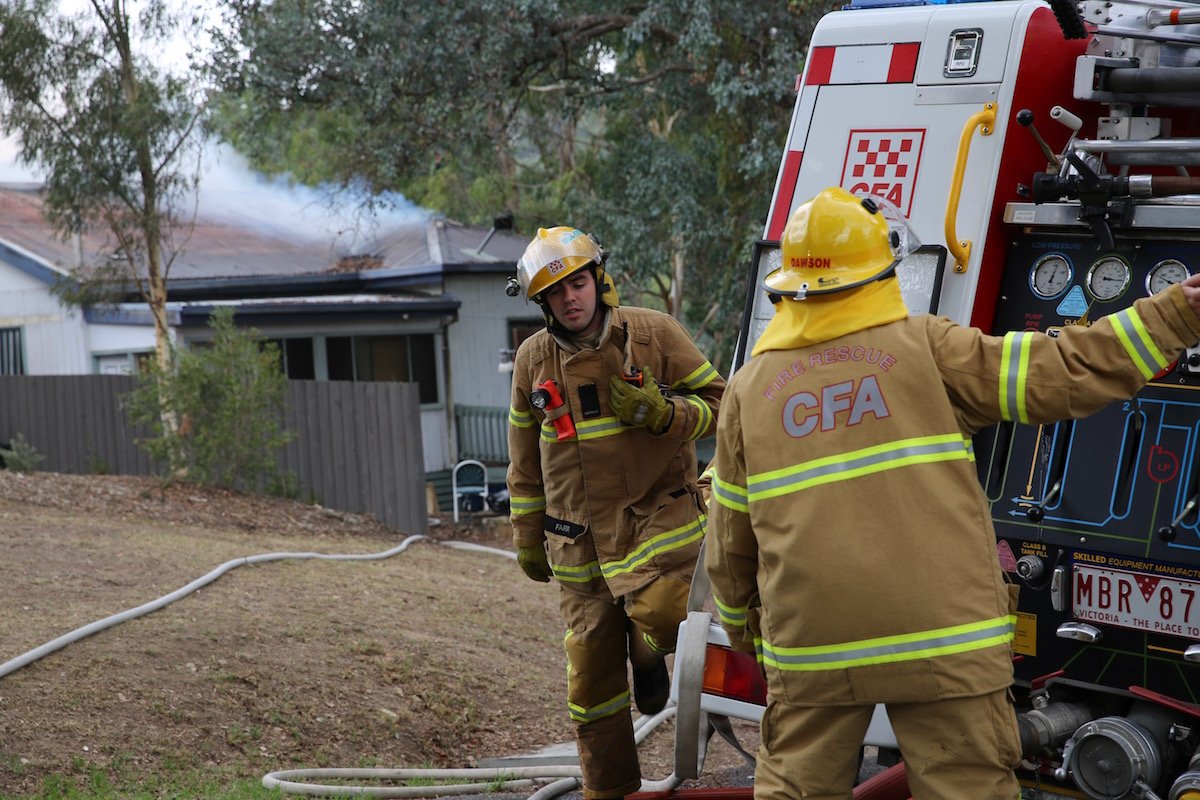 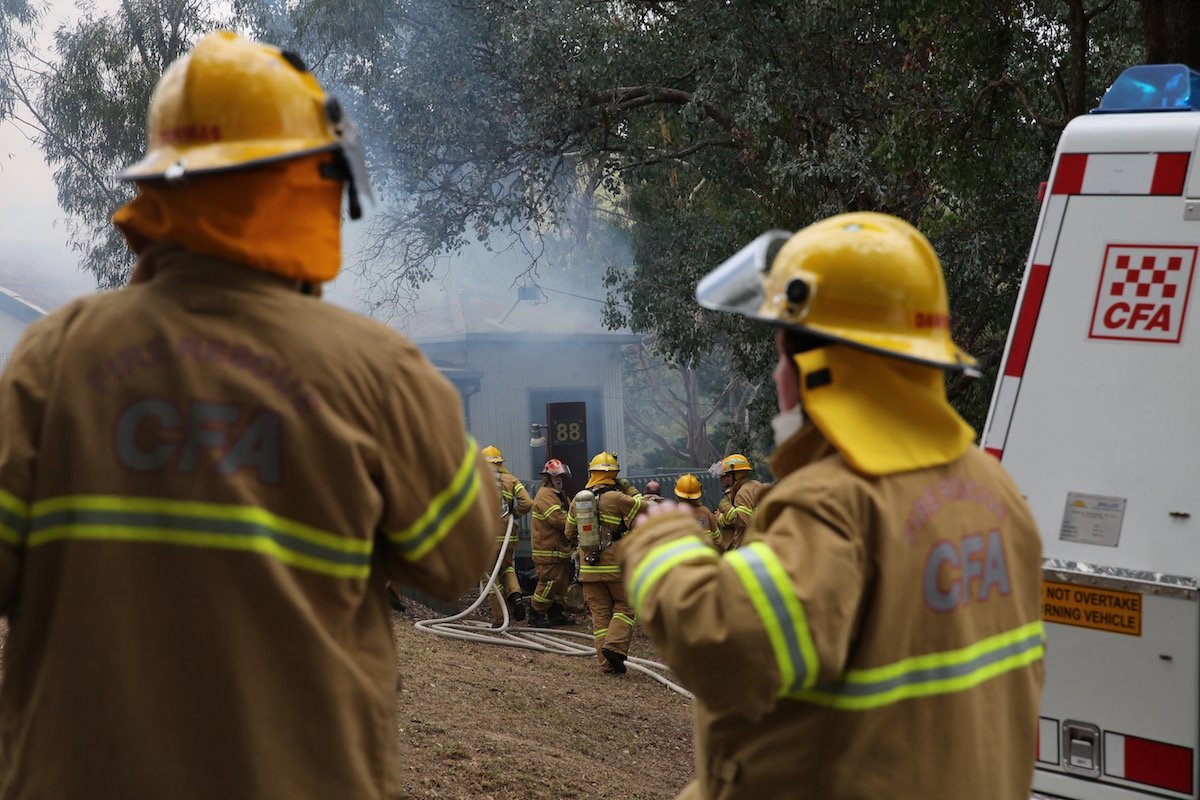 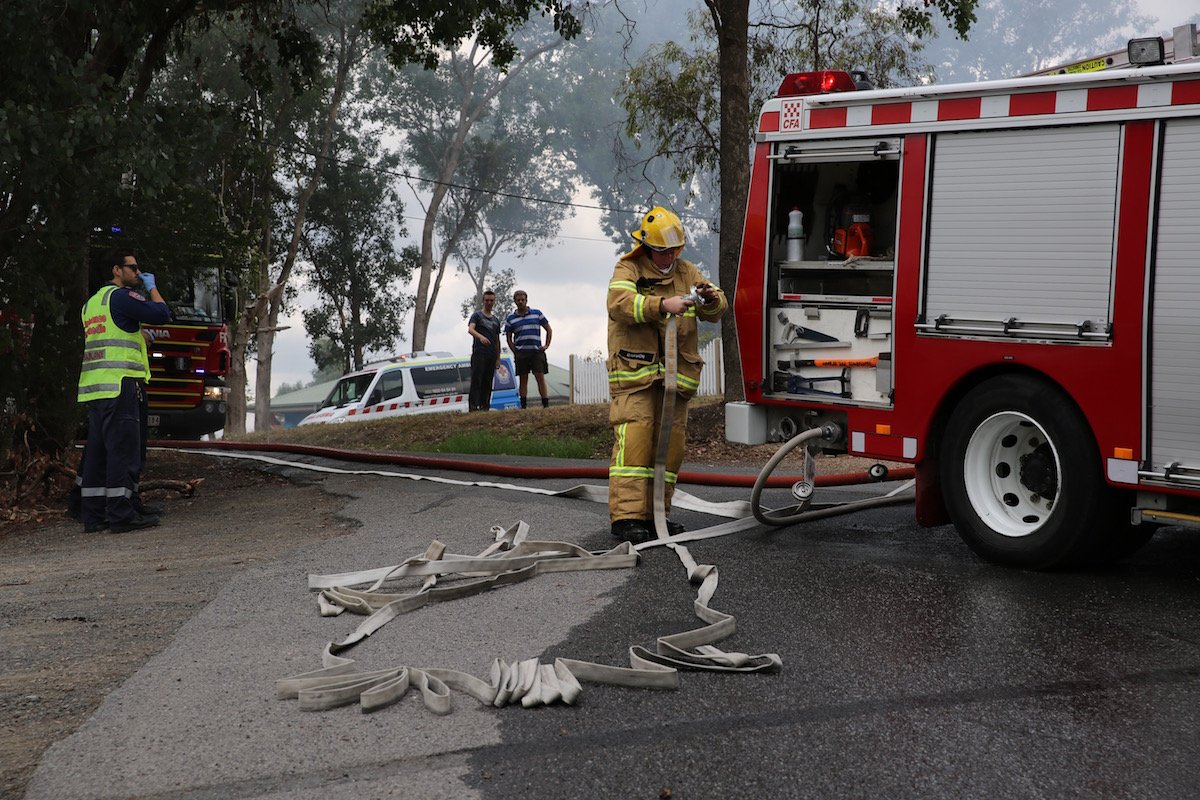