CAMPAIGNING for the 2020 Local Elections has begun and, as we go to print, we are approaching the end of the candidate nomination period.

Those wishing to nominate will need to complete the registration process by 12pm on Tuesday, September 22.

Ballot packs will be mailed out between October 6 and October 8, and registered voters will have until 6pm on October 23 to return their ballot paper.

The Victorian Government has published a detailed breakdown of what campaign activities are permitted under the various steps of their roadmap to COVID Normal.

For candidates in metro-Melbourne, unless there is a further, dramatic and significant drop in active cases and the 14-day average drops below five — the threshold for Step 3 which would bring metro-Melbourne in line with regional Victoria — campaigning for the 2020 local elections is going to play out in our mail boxes, in our newspapers and on social media.

Under Step 1 and Step 2, candidates and their campaign team are permitted to conduct letterbox drops, and bill poster activities within the ward they are campaigning for.

Door knocking, public meetings and face-to-face campaigning is not permitted.

History shows that a public figure’s ability to effectively harness the power of a new communication tool can make or break their campaign.

From the first televised presidential debates in the United States of America in 1960 which historically dubbed John F. Kennedy as “the first television president” for his effective use of the “new” medium of television to speak directly to public, to Donald Trump’s 2016 presidential campaign which was significantly bolstered by his use of Twitter, a platform that to this day still plays a big role in commentary and analysis of his time in the White House.

The effective, and ineffective, use of social media platforms have become part of the fabric of national politics both here and around the world and COVID-19 may mean the October 26 local elections may be won and lost on the succinctness of a candidates words and the savviness of their social media.

In October’s Warrandyte Diary and WD Bulletin, we will give candidates in Manningham and Nillumbik the opportunity to present their campaign, ahead of the voting deadline.

In the meantime, now is a good opportunity for voters to get to know their wards.

A combination of the Victorian Electoral Commission’s Representation Review in 2019 and the change to ward structure as part of the newly implemented Local Government Act 2020 means the ward you have previously voted in may not be the ward you vote in this time. 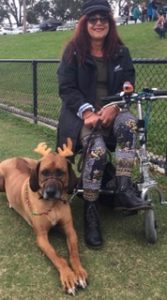